Have you ever experienced a heavy feeling, but fully knowing that you’re not yet completely sick? That could be Lamig!

Lamig is the general feeling of unwellness or being under the weather.
Oftentimes, we express Lamig as: “mabigat at alanganing pakiramdam”, “masama ang timpla ng katawan”,
“parang magkakasakit”, or simply “not feeling well”.

The environment we’re exposed to and our personal lifestyle could altogether trigger Lamig. Some factors that cause us to experience this mabigat at alanganing pakiramdam include sudden or constant weather changes (init-lamig, init-lamig), too much exposure to cold, dried perspiration, stress and fatigue, and lack of sleep.

In as much as we want to avoid it, we are all prone to Lamig and its manifestations.

You’ll know that what you’re experiencing could be Lamig if you experience the first signs of: 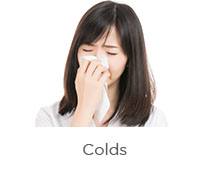 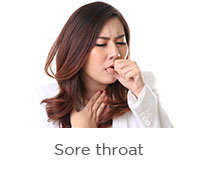 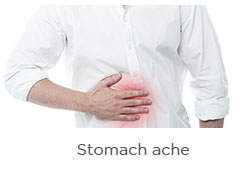 Lamig is something you just can’t ignore no matter how much you want to tolerate it. But you also shouldn’t pop pills
right away because it may have some negative effect to your long-term health. For Lamig, there is a just-right remedy that you could go-to!